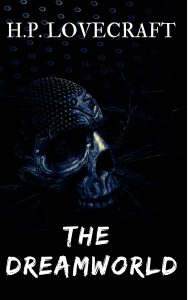 Howard Phillips Lovecraft is without a doubt the most influential fiction writer of the twentieth century. His unique and terrifying imagination inspired generations of writers, directors, artists and game creators, from Neil Gaiman and J. R. R. Martin to Metallica.The Dream cycle establishes one of the main pillars of this work. It stages nightmarish deities which haunt recurring territories throughout the master’s writings. From Celephaïs to Kadath, this is what we know as the Dreamworld, presented by the H. P. Lovecraft expert himself, Leeman Kessler.Between dream and reality, from the bewitching city of gods at the heart of the frozen desert to the somber valley of ghouls, lose yourself in the phantasmagoric meanderings of the forbidden lands from which you may never return. 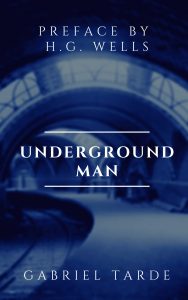 At the end of the twenty-fifth century, an unexpected catastrophe occurred. To survive, civilization buried itself deep underground to get closer to the earth’s core heat. In just a few centuries, humankind was able to rise to new heights and thrive thanks to its heroic and triumphant efforts. Written by the pioneer of French sociology, this post-apocalyptic utopia by Gabriel Tarde, thanks to the modernity of its themes addresses issues still relevant today: finding new sources of renewable energy, the extinction of civilization and climate change. The utopia dreamt up by Tarde is free from the constraints of material wealth. Full of humor, this meditation on post-industrial society questions the very essence of human existence as the survivors live out their lives with just the pleasures of the mind and of creation. 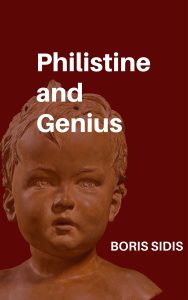 Famous pioneer in many fields of psychology and psychiatry, Boris Sidis is known to have applied his knowledge of education by fathering the child prodigy William James Sidis, who at age 11 became the youngest person to enroll at Harvard University.
In his Philistine and Genius, he shares his views on the flaws of education and how to fully develop one’s potential beginning in early childhood. As Meyer Solomon wrote in his critique of the book:
“Throughout the volume Sidis writes with terrific force and power, and his intensity, his sincerity, and his whole-souled devotion to the cause to which he has given himself in this book shines through on every page.
Here, too, as elsewhere, he shows a clarity of thinking, a directness and unerring aim in expression, and a keen understanding of that which he has undertaken to discuss.
I heartily and earnestly recommend the work to the readers of the Journal of Abnormal Psychology.”
This is a revised third edition with an additional preface on current events and an essay on Precocity in Children. 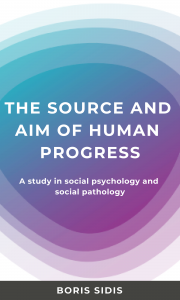 The sources and aim of human progress:
A study in social psychology and social pathology

Famous pioneer in many fields of psychology and psychiatry, Boris Sidis is known to have applied his knowledge of psychology by fathering the child prodigy William James Sidis, who at age 11 became the youngest person to enroll at Harvard University.
Two decades after publishing his theory of the subconscious in Psychology of Suggestion, Boris Sidis revisits the subject to apply a broader perspective to his findings, ranging from the subconscious of the individual to the advancement of humankind. 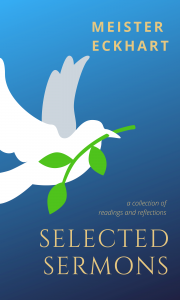 Prestigious figure of Western Christianism, who in his time was put on trial for heresy for “wanting to know more than what was suitable”, Meister Eckhart, Dominican philosopher as well as mystique, after being forgotten for centuries is today recognized as one of the most important figures of Christianity. Like many Christian mystics, Eckhart had the audacity to orient theology towards the abyss of nothingness. A train of thought not unlike certain Buddhist texts. 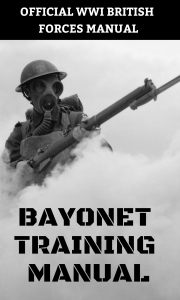 Used during WWI, the British Forces’ official Bayonet Training Manual goes beyond teaching how to handle a bayonet. It applies philosophical discipline to strengthen the soldier’s character so that he will be able to act in the direst of situations.
A bayonet is used as a weapon of last resort, so a soldier must remain calm and in control even in the muddy trenches, when out of ammunition and a few steps away from the enemy. Though he might know how to thrust and parry, the soldier’s mental strength alone is what will keep him alive.